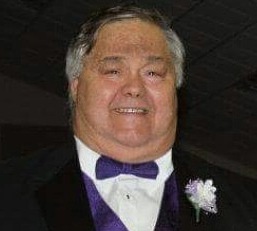 In Memory of Acklin Boudreaux, Jr.

Acklin was a devoted family man, having sacrificed often for them. He was looking forward to the day he could retire and spend time with his family but then learned of his final journey he would undertake on November 20, 2014. It is then he learned that he was in the fight for his life against Glioblastoma Multiforme (GBM), an aggressive brain cancer. He fought courageously for 22 months, during which time he underwent radiation, chemo treatments as well as surgery. He conquered the disease briefly but it came back with a vengeance and proved to be too much for him. On August 18, 2016, my father lost his battle to his horrible monster of a disease known as GBM.

He is sorely missed by his family and friends. There was not a person he met that was a stranger for long. He always lit up the room he was in with his personality. Acklin was a tugboat captain for 40 years, during which time he trained many others to become captains of the waterways. Our lives are empty without him, as well as the waterways have a void with him not there to navigate both the waters and young, upcoming captains.